It’s a sunny, warm spring day and all the birds are singing sweet and low. Well, actually it’s not, but that’s the way you feel when you take a bite out of these chicken drumsticks. They are heavenly! And they’re really fun to make too. You’ll have them ready for the pan in no more than 10 minutes, but if you want all the flavors to mix up I recommend you leave them to marinate for a couple of hours.

I remember when I first made this dish. It was with a roommate and we just moved into a new apartment. Our stuff was all over the place, nothing was in order, but we didn’t care, because we were hungry and we wanted to eat. So, without further ado, we marinated the chicken for only 15 minutes, we turned on the gas, got the chicken in the pan and on the fire. Everything was going smoothly until we poured the beer.

All of a sudden hell broke loose. A beeping sound like I have never heard before invaded our flat. What the? And then I saw it. A little device up on the wall, next to the gas pipes, with a red attention light, beeping like there was no tomorrow.

I turn around and my roommate looks strait at me and says: “That thing detects gas in the air and it warns you if there is any”. I look back at the thing and I see it has three different lights. A green one, an orange one and the red one, so I figured out that red plus beeping must mean great danger.

I turn off the gas, he calls the flat’s owner, starts to stare at the device and after a few “ahas” and “okays” hangs the phone and says: “It’s the beer!”. What? The alcohol in the beer, to be exact. It seems this little rascal has a better nose than we thought. Now that was a relief! I actually thought something bad was going to happen. Phew!

So, without any worries, we carried on with the cooking and it was just as described at the beginning of the post!

Now, I hope you won’t have so much drama with your cooking as I did and after you try this dish out leave me a message with your thoughts. Happy cooking guys!

Print
Chicken Drumsticks in Beer Sauce
Author: Simply yum
Serves: 3
Ingredients
Instructions
Notes
If you feel this quantities don't suit your taste alter them in any way you like.
3.1.09
235shares
More on Simply yum

Notice: Trying to get property 'nodeValue' of non-object in /home/customer/www/simplyum.com/public_html/wp-content/plugins/easyrecipe/lib/EasyRecipeDocument.php on line 94 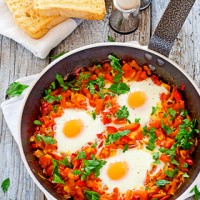 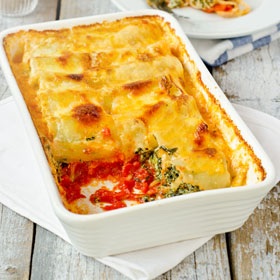 Amazing Cannelloni with Spinach and Ricotta 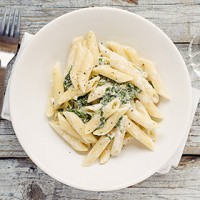