How to Stop Pasta from Sticking Together Sticky pasta. Yes, it can totaly ruin your day. I’m well aware of this, because it happened to me once, I can still remember when I drained the pasta and a whole package of spaghetti stuck together fell from the pot just like a brick. Let’s just say I’ve learned this lesson the hard way and I don’t want you to be the next victim, so I’m going to share some simple and helpful tips on how I cook pasta.

A generous amount of boiling water, because… many reasons

The first thing you need, and the most important in my opinion, is a big pot of boiling water. Now, because I want this to be very educational I’m going to explain every step in detail just so you can understand what exactly is going on with the pasta.

So I said a big pot of boiling water. Why? Well, the second you drop in the pasta the temperature of the water drops, because the pasta is much cooler and the less amount of water you have the more time it will take for it to get back to a boil. And you want your pasta to swim in boiling water as soon as possible, because boiling water will quickly wash away the starch present on the surface of the pasta and will make them less sticky. Another thing, that washed away starch will thicken the water. If there is plenty of water you will hardly even notice the effect, but if not you could end up with a very dense and sticky sauce that will ruin the pasta and you don’t want that.

Stir them a bit

In the first minute of cooking, the pasta surface is covered with the sticky starch. Stir the pasta a bit. If you don’t do this, pieces that touch one another will start to cook like one. You don’t need to repeat this step afterwards, because the starches get washed away and the chances of your pasta sticking are all gone.

What I do! I bring a large pot of water to a boil. I drop in the pasta and immediately cover the pot in order to retain as much heat as possible and bring the water back to a boil. After 30 seconds to a minute I remove the lid and stir for a few seconds.

Many many people add oil in the water to stop the pasta from sticking. Now the truth is it actually helps a bit, but it also creates a problem. The sauce will not stick to the pasta, it will slide right off and that’s a big no no!

All you need to do is add a generous dash of salt when the water is boiling. It will flavor the water and in the end also the pasta.

Undercook it just a little bit

I’m sure you’ve heard the two words “al dente” many times, but do you know what that means? If not, than let me tell you. In essence if you cook pasta “al dente” you’ll end up with the pasta being firm. Not hard that you’ll have an unpleasant feeling of sticky dough when you bite it and not soft or mushy that it melts in your mouth. It’s something in beetween.

That’s why you need to taste the pasta from time to time when you’re cooking it, because by doing this you will know exacly how cooked it is.

But why have I said undercook the pasta just a little bit? Let me shine some light on the matter. If you slightly undercook it, drain it and add it to your sauce the pasta will continue to cook in the sauce and absorbe the wonderful flavors of the sauce. Sounds pretty great right?

Rinsing is a bad idea

That starchy water is what takes your pasta to the next level. If you wash away this water you compromise the adherence between the pasta and the sauce. You don’t want to have pasta and sauce, you want a marriage between the two.

I often save a mug of that water and add some to the sauce. You should try it out!

This is a little trick I saw Jamie Oliver do everytime he cooks spaghetti. I want to pass it to you because I think it’s awesome and it’s fun to do.

So, pick up a bunch of spaghetti and hold it with both hands. Twist it and drop it in the pot of boiling water. It should lay down beautifully in a circular shape. Practice it a few times with an empty pot just to get the hang of it, I’m sure you’ll love this technique. With these tips in mind I’m pretty sure you’re next batch of pasta will be the best you’ve ever made, so happy cooking and let me know if you’ve found these information helpful! 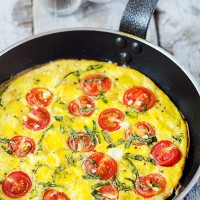 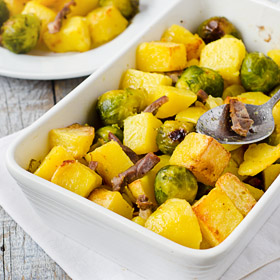 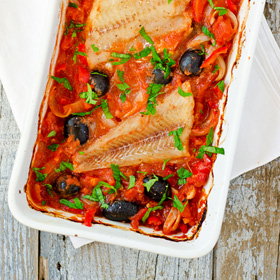